​The myriad of predators, herbivores and filter-feeders of Panthalassa Nova provide a veritable smorgasbord for parasites, and indeed, most of these parasites are unfamiliar compared to the ones we see today. These various forms can be found preying on both open-water and shallow-water animals of almost all kinds, though some specialize in certain hosts. 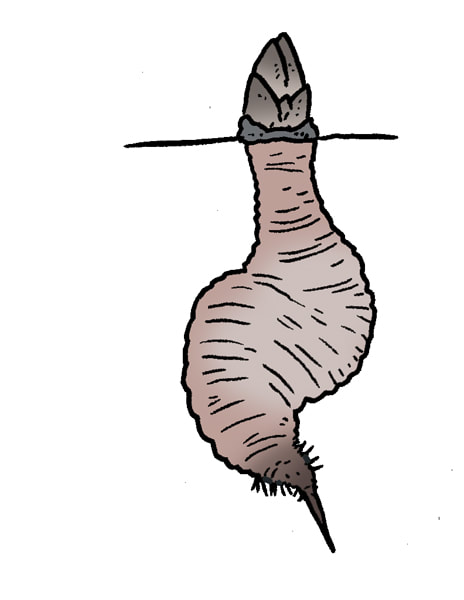 Leech Barnacles (genus Cryptogastria) are small barnacles that are born as a free-swimming larva in the plankton. When they are ready to reach adulthood, they latch onto a free swimming animal such as a squidjet or trapmaw, and start to outwardly resemble a typical adult barnacle. It is noticeable on the hide of the host as a small lump of chitionous plates, with no cirri or opening to be seen except a respiratory pore. The gut extends beneath the skin of its host, much like the roots of a plant, and with this it absorbs nutriment directly from the host’s bodily fluids and blood. Unusually for barnacles, they mostly reproduce parthenogenically, but when more than one individual is clustered close together, they will mate in the typical way also. 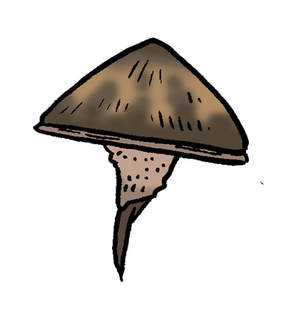 Blood-limpets (genus Sanguichelys) are, as their name suggests, descended from the limpets of our time, though their shells only reach about a centimetre in diameter. As juveniles they crawl about in the midst of the sponges on tropical reefs, sustained by their yolk sacs for about a month. When they mature, they develop a muscular proboscis which ends in a calcareous fang that is used to suck blood. They usually latch on to slugfish and other reef-dwelling animals that graze upon the encrusting organisms of the reef, and will remain attached to one host until it is time to mate, feeding all the while. Towards the end of their lives, they un-attach themselves and are drawn towards the reef-building sponges, in search of a mate. The adults leave large masses of eggs ensconced safely inside the crevices and holes of the sponges, after which the adults die. 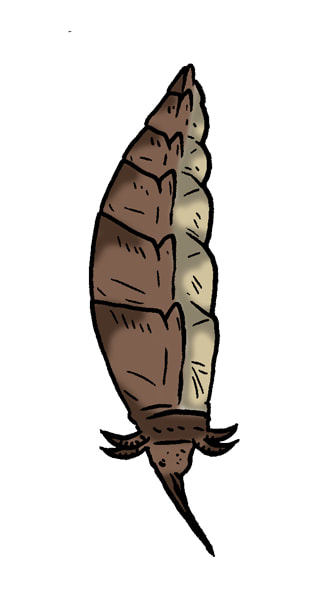 Seachiggers (Genus Thalassacari) are common, fingernail-sized parasites that are mostly found in seaghum meadows. They are a kind of Isopod crustacean unusual in having a 3 stage life-cycle. The larvae crawl among the seaghum until they find a suitable, fleshy-skinned host to latch onto, after which they transform into their parasitic form (seen in the picture). After feeding and growing to a suitable size, in the summer they shed their skin and are transformed again into the breeding stage. This stage is freely mobile, and searches in earnest among the seaghum in order to mate, after which they lay a large cluster of eggs and then die. The windfall of dead Seachiggers is occasionally noticeable in summer and provides food for other animals. 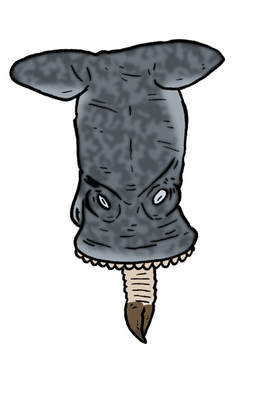 Squick (genus Acariteuthis) are a descendant of the squid which are adapted to a fully parasitic lifestyle, they reach about the length of a man’s thumb. Able to swim about freely, they may have more than one host in a lifetime. It will adhere to its host with the large ring of suckers that circles the mouth, as it scrapes away portions of skin and flesh with its horny beak. After making a sizeable crater in the skin, it will shuffle over to a new spot and start again. When the time comes to breed, they abandon their current host and swim in search of a mate, both male and female produce a chemical scent that allows them to find each other. After casting a mass of eggs adrift, the male and female both die, their larvae feed on small plankton until they are large enough to become parasitic like their parents. 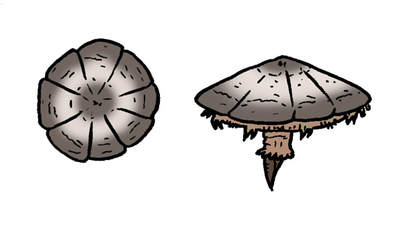 Tick-Urchins (genus Sanguiechinus) are small echinoderms no larger than a man’s thumbnail, they appear mostly flat and featureless, spending their entire lives aboard one host. Their larva are free swimming and only mature when they settle on a suitable host. These parasites feed by slowly siphoning bodily fluids into their gut, quickly enough to nourish themselves but not so fast as to bloat themselves. They are more commonly found parasitizing open-ocean creatures such as sea-blimps and trapmaws.

Vamporms (genus Vermictus) are closely related to eelorms, but have adopted a parasitic lifestyle. They feed by swimming up to a large open-water animal, and harmlessly biting off a chunk of flesh using their large mandibles and muscular lips. In this way they greatly resemble the cookie cutter shark of our time. These worms are most common in the open ocean but can be found sparser numbers in most marine habitats. Vamporms reach a maximum length of about 30 centimetres.